Click through all of our Tiger Moth images in the gallery. 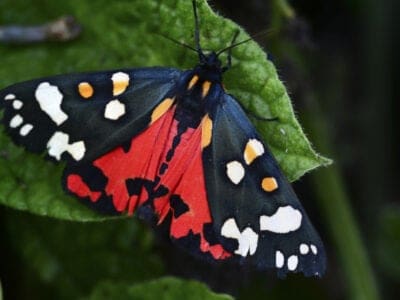 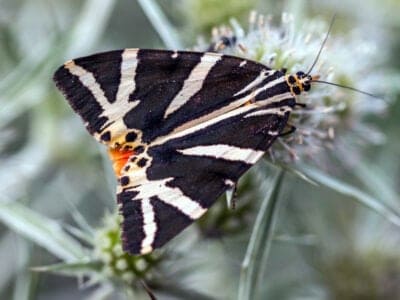 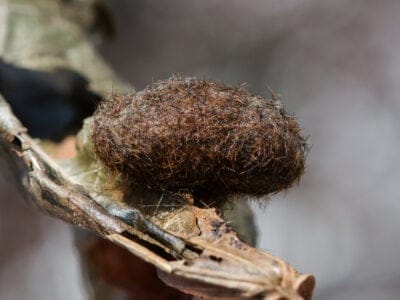 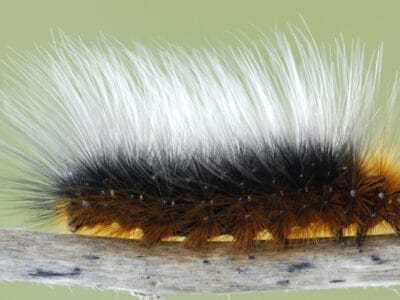 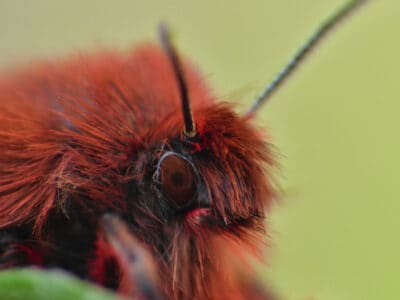 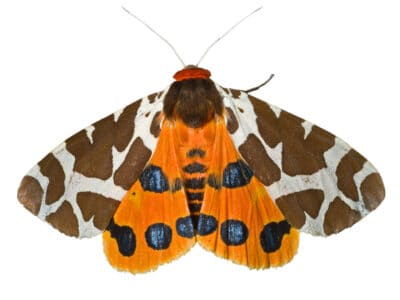 View all of the Tiger Moth images!

A tiger moth is most notable for its brightly colored wings. Their wing design can include a pattern of red, orange, green, white, and black. The tiger moth caterpillar is sometimes called a woolly bear because of its furry body. These moths live in gardens, meadows, and woodlands. Their wingspan ranges from 1.5 to 2 inches.

Arctia caja is the scientific name of a tiger moth. The word “arctia” is Latin meaning “furry bear.” This refers to the appearance of the caterpillar, also called a woolly bear. They belong to the Eribidae family and the class Insecta.

There are 11,000 species of tiger moths in the world. Two hundred and sixty of those species live in North America.

Some species, along with their scientific name, include:

There are thousands of species of Tiger Moths displaying different colors and patterns on their wings. The garden tiger moth has two brown wings featuring a pattern of thick, bright white lines. Its two hindwings are bright orange covered with black and blue spots. The bright colors serve as a warning to birds and other predators that this insect is poisonous. Stay away! When threatened, it releases a yellow, poisonous fluid from glands behind its head.

The garden tiger moth has a wingspan of 1.5 to 2 inches. The largest wingspan of this particular species can reach up to 2.6 inches.

A similar insect (though not in the same family) featuring brightly colored wings is the eastern tiger swallowtail butterfly. Its wingspan is much larger ranging from 3 inches to 5.5 inches.

This insect is solitary as are most moths. Despite the fact that their coloration serves as an excellent method of self-defense, these moths like to stay hidden.

Compared to an adult tiger moth, a woolly bear caterpillar has an easier time blending in with its environment because of its duller colors.

Garden tiger moths are found in Canada, the United States, Europe, Northern Asia, and Central Asia. Their habitats include woodlands, grasslands, gardens, and near rivers. They are found in temperate and cold climates.

This species has different diets at different stages of its life. During the caterpillar stage, it is considered a herbivore. Alternatively, the adults are considered nectarivores.

This species has very few predators due to the poison it can release. However, there are some small birds that are able to eat them without being harmed.

It would seem logical to include bats as predators of this species. After all, they are both active at night. But the tiger moth has the ability to make clicking sounds that interfere with a bat’s echolocation. In short, these sounds confuse a bat as it is using echolocation to determine the location of its prey.

What do tiger moths eat?

Adult tiger moths survive on a diet of nectar obtained from flowers. A woolly bear caterpillar eats plants such as asters, dandelions, clover, and goldenrod among many others.

In addition, woolly bear caterpillars eat toxic plants including foxglove. Eating these plants allows them to take in the toxins they’ll use as protection against predators when they become adults.

This insect is not dangerous to humans. They are admired for their colorful wings by many people both inside and outside the scientific community. Furthermore, in the 1930s a British airplane was named after the tiger moth.

These moths are dangerous to most predators. Tiger moths release a poison that has a sour taste and can make a predator sick.

How many legs does a tiger moth have?

Tiger moth woolly bear caterpillars can be harmful to the plants in a garden. They eat a variety of vegetation and can cause healthy plants to die.

What does a tiger moth turn into?

After a woolly bear caterpillar enters its cocoon it takes one to three weeks to transform into an adult tiger moth.

Is the tiger moth a pest?

Tiger moths are considered pests in some areas. But tiger moth woolly bears are sometimes categorized as such because they eat so many types of plants in British and American gardens.

These caterpillars can also cause harm to some types of trees such as white and ponderosa pines.

Where does the tiger moth live?

These moths live in the United States, Canada, and Europe. Their habitats include woodlands, grasslands, gardens, and areas near rivers.

What does a tiger moth eat?

Adult tiger moths get sustenance from nectar in flowers.

How big is a tiger moth?

The usual wingspan of a tiger moth ranges from 1.5 to 2 inches. However, some of the larger species within this moth family can have a wingspan of up to 2.6 inches.

A tiger moth woolly bear caterpillar can be up to 2 inches in length.