Can live until they are more than 150 years old!

Click through all of our Tortoise images in the gallery. 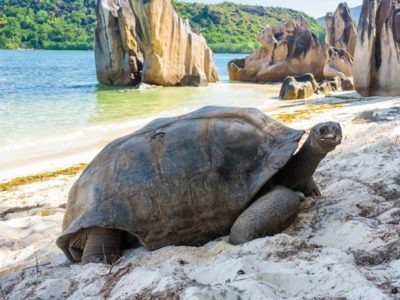 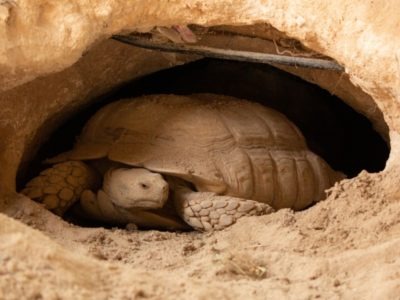 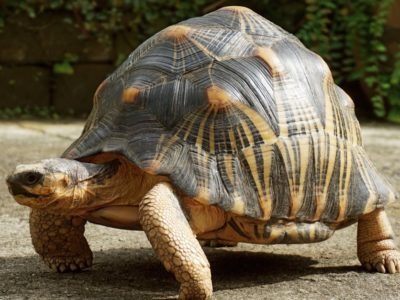 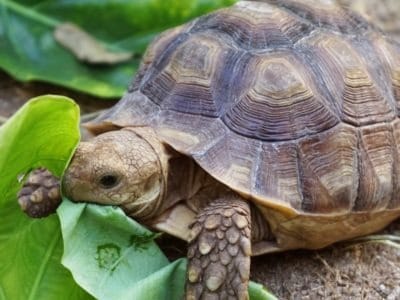 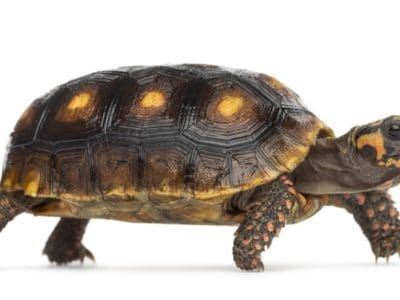 View all of the Tortoise images!

The tortoise, any member of the family Testudinidae, is a reptilian vertebrate that lives exclusively on land.

Also known as land turtles, tortoises are found on all continents except for Antarctica and Australia. With nearly 50 species spread across more than 15 genera, tortoises vary widely in terms of size, color, and other features. Many exist only in the wild, but some are kept as pets. Several species are considered endangered to some degree, but conservation efforts have helped increase populations in some cases. With an average lifespan of 80 to 150 years, tortoises are the longest living land animals on the planet.

In some parts of the world, the term “tortoise” is used interchangeably with the term “turtle.” However, the consensus generally is that tortoise refers to a turtle that lives exclusively on land. These animals are reptiles; therefore, they belong to the class Reptilia. They are furthered classified into the order Testudines and the family Testudinidae. From there, there are approximately 49 species spanning more than 15 genera. The term Testudines is derived from the Latin word for tortoise. The pronunciation of tortoise is confusing. The proper pronunciation is “tore” followed by “tuss.”

Tortoise species vary considerably in terms of size, color, and other features. The smallest, padlopers – members of the genus Homopus – grow up to 4 to 6 inches in length and are found in southern Africa. The largest, the giant tortoise – members of the genus Geochelone — can have shells measuring more than 3.3 feet long.

Tortoises are cold-blooded, or ectothermic, animals with high-domed shells, or carapaces. The only species with a flat shell is the pancake tortoise, Malachochersus tornieri. Like most turtles, they can retract their heads and necks into their shells for protection. They hold the distinction of being the only vertebrates whose pectoral and pelvic girdles are located within their ribcages, and they are the only vertebrates with shells.

Their shells consist of 59 to 61 bones that are covered by plates called scutes. The pronunciation of “scute” is the same as “scoot.” Scutes also form segments, creating distinct patterns on tortoises’ shells. The shell’s underside is called the plastron, and the two halves are connected by a bridge. Tortoiseshells are made up mostly of keratin, and tortoises can sense pain through their shells just as people can sense pain through their fingernails.

Many species of tortoise have sexual dimorphism, meaning that females and males have distinct features. The easiest way to determine the gender of a tortoise is by examining its tail. Females’ tails tend to be smaller, and they drop straight down. Males typically have much longer tails, which they usually keep pulled up and to the side at the back of the shell.

All shelled vertebrates, including tortoises and terrapins, are considered to be turtles. This includes all 200 or so species of the Testudines group, which feature a compressed anatomical structure with the shell fused to the ribs and vertebrae and the pelvic girdle within the rib cage. Turtles can be aquatic, semi-aquatic, or mostly terrestrial, but tortoises are exclusively terrestrial. Tortoise feet look like tiny elephant feet while other turtles have webbed feet. Finally, most tortoises have very convex or rounded, carapaces while turtles’ shells are usually more streamlined. Exceptions include the box turtle and the Sonoran mud turtle, which have more rounded shells.

Tortoises are primarily diurnal animals, meaning that they are awake by day and sleep by night. However, many species tend to be crepuscular, meaning that they are most active during the twilight hours. All tortoises are reclusive creatures with placid behavior. They are known for moving very slowly; the average speed of a tortoise is estimated at about 0.2 to 0.5 kilometers per hour. Since they lack ears, tortoises rely less on hearing and more on vision and smell.

As cold-blooded animals, tortoises typically bask for one to two hours after dawn to absorb heat for the day. They then spend several hours foraging for food. They tend to travel early in the morning and late in the afternoon, and they take dust baths to keep pests at bay. Tortoises rarely make any sound except during copulation or in aggressive situations.

The tortoise is found on all continents except for Australia and Antarctica. Species are distributed across southern North America through southern South America and are also found on some Pacific Islands, across Eurasia to southeast Asia, in sub-Saharan Africa, across the Mediterranean basin and on Madagascar. They generally prefer semi-arid climates but are found everywhere from deserts to tropical rainforests, and they can thrive at sea level or in more mountainous terrain.

Most tortoise species are herbivores, subsisting primarily off of foliage, flowers, and some fruits. Some species located in moist forest environments are more opportunistic and will consume limited amounts of animal matter as needed.

Human activity poses the greatest threat to tortoises around the world. In particular, tortoises are hunted for their oil and meat. Their habitats are often cleared for agriculture and other developments. In many parts of the world where they live, the introduction of non-native animals, including rats, pigs, and goats, negatively impacts their populations. Tortoises have no natural predators, so the introduction of non-native species can be very detrimental.

Most tortoise species mate throughout the year. To initiate the mating process, the male tortoise rams the female tortoise’s shell with his shell and may nip at her legs. Copulation is tricky because of the convex shells at play, but the male balances himself precariously to make it happen.

Female tortoises use their hind limbs to dig nests. They lay their eggs at night and cover the clutch with soil, sand, and organic material. Incubation averages 100 to 160 days and the eggs are left unattended. Fully formed hatchlings use egg teeth to break out of the ping-pong-ball-sized eggs and then dig their way to the surface. They are hatched with an embryonic egg sac that provides nutrition for the first three to seven days. Baby tortoises make their way to their mother’s burrow, where she protects them for about 80 days before they are on their own.

Tortoises are the longest living land animals on earth. Their lifespan averages between 80 and 150 years. Several examples of long-living tortoises are found in the historical record. One of the best known, Tui Malila, was gifted to the Tongan people by explorer James Cook in 1777 and died in 1965 at 188 years of age.

Tortoises in the Zoo

Major zoos around the world have examples of many tortoise species. The San Diego Zoo, for example, received its first Galapagos tortoises in 1928 and now has a total of 16, including nine original members. Many zoos have Aldabra giant tortoises, including Zoo Atlanta. You can find examples of the African spurred tortoise at Zoo New England, and the Australia Zoo once housed Harriet, a giant tortoise that was brought to England by Darwin and lived to the age of 176 years.

Are Tortoises herbivores, carnivores, or omnivores?

Tortoises are mostly herbivores, but some species may consume small amounts of animal matter.

What Kingdom do Tortoises belong to?

Tortoises belong to the Kingdom Animalia.

What class do Tortoises belong to?

Tortoises belong to the class Reptilia.

What phylum to Tortoises belong to?

Tortoises belong to the phylum Chordata.

What family do Tortoises belong to?

Tortoises belong to the family Testudinidae.

What order do Tortoises belong to?

Tortoises belong to the order Testudines.

What type of covering do Tortoises have?

Tortoises are covered in scales.

In what type of habitat do Tortoises live?

What is the main prey for Tortoises?

What are some predators of Tortoises?

Predators of Tortoises include foxes, badgers, and coyotes.

How many babies do Tortoises have?

The average number of babies a Tortoise has is 5.

What is an interesting fact about Tortoises?

Tortoises can live until they are more than 150 years old!

How long does a tortoise live?

What is the difference between a turtle and a tortoise?

Where does a tortoise live?

Tortoises primarily live in semi-arid regions, but they are found everywhere from the desert to the tropical rainforest. They are found on all continents except for Antarctica and Australia.

How big does a tortoise get?

The largest species of tortoise, the giant tortoise, boast shells that grow as long as 3.3 feet. The Galapagos giant tortoise can attain a weight of up to 920 pounds. Many other tortoise species are much smaller. The smallest, the padloper tortoise, has an average shell length of just 4 to 6 inches.

Do tortoises recognize their owners?

Tortoises are keenly intelligent animals and are often kept as pets. Over time, they can become familiar with their owners’ behaviors, sounds, and scents. They are capable of learning that the person who owns them is a source of food and safety, so they can become more trusting of particular people over time.

How fast is a Tortoise?

A Tortoise can travel at speeds of up to 0.3 miles per hour.

How do Tortoises have babies?