Canadian horses are believed to generate more power per pound of body weight than any other horse breed in the world.

Click through all of our Canadian Horse images in the gallery. 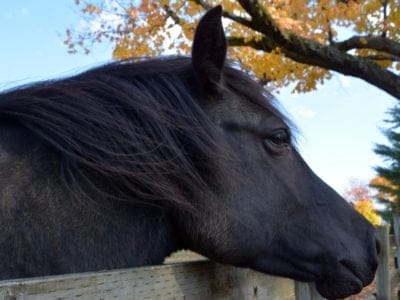 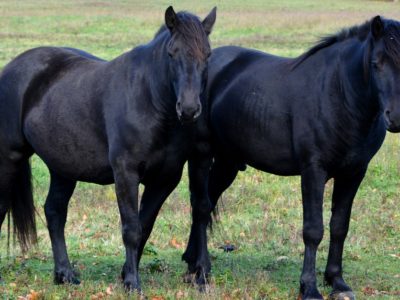 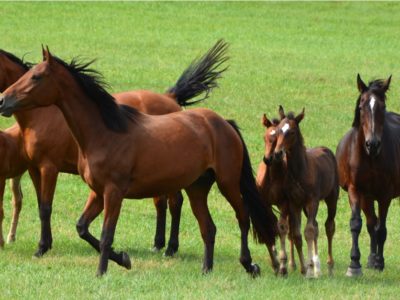 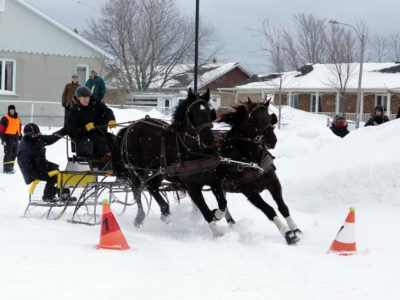 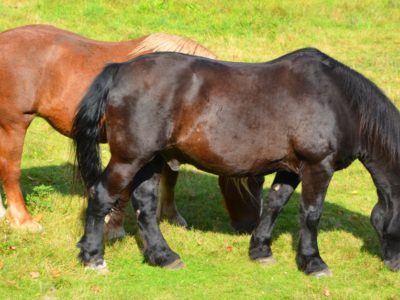 View all of the Canadian Horse images!

The first horses forming the Canadian breed were imported into Canada from the stables of King Louis XIV of France in 1665 and 1670.

By 1700, there were about 700 of these horses in the county, with farmers importing some into the United States. Just like then, the Canadian horse, sometimes called the little iron horse or the cheval Canadian horse, was prized for its great versatility as it could pull a wagon, do farm work and be ridden.

The scientific name of the Canadian horse breed is Equus ferus caballus. Horses registered with the Canadian Horse Breeders have a unique way to be named. The breeder chooses a herd name. For example, Murphy’s Law. Then, the next part of the name is the sire’s name. For instance, if the sire is known as Oder, Murphy’s Law Order would be the name.

Next, each of the names is given a unique one. For example, if you love the name Clover, then the horse becomes Murphy’s Law Order Clover. Finally, the horse is given a letter of the alphabet based on the year it was foaled. Pretend the horse was foaled in 2021, and the assigned letter for the year was J. Therefore, the horse’s full name would be Murphy’s Law Order Clover J. The names allow people to trace the horse’s heritage easily.

Most Canadian horses are black. You can find other colors, including brown, bays and sorrels. The majority have black manes and tails, except for those who are a sorrel color, and they have flaxen manes and tails. Owners often find that gelded horses who are a shade of black colors sell for less. Therefore, if you are looking to get into this breed, you may want to consider horses that are black colors before other choices.

This horse stands on solid hocks and feet. It is about 14-to-16-hands in height or about 56-to-64-inches in height. This makes it about the same size as an Arabian or a Morgan and a little shorter than most American Saddlebreds.

Canadian horses have a natural arch to their necks. Their eyes are set wide apart on a well-chiseled head. Therefore, you feel that this horse has a lot of intelligence, and most will not disappoint you.

This horse weighs between 900-to-1,200 pounds. While they have all been incorporated back into the primary breed, there were three distinct types of Canadian horses in the past.

The second type was the Canadian trotter. In this case, the Canadian was crossed with French trotters to give birth to many of today’s trotting breeds, like the Standardbred. The horses chosen for this were probably smaller and quicker than the average Canadian horse.

The third type was the Canadian pacer. Some of the best stallions were sent to Kentucky in the mid-1800s. There they were crossbred to produce gaited horses, like the American Saddlebred, Missouri Foxtrotter and others. The Canadian horses chosen for this were probably taller and more refined than the average Canadian horse.

The mane and tail on the Canadian horse are incredibly thick. Therefore, breeders may braid them to keep them from getting tangled. Braiding the hair also helps it to grow longer.

Canadian horses tend to be at trotting. Their high-knee action and their leg structure mean that they can cover a lot of ground without getting tired. At the same time, they often have trouble cantering. They are a powerful breed, and it is often difficult for them to gather their bodies into a compact package while moving forward.

The Canadian horse is a docile breed that loves people, according to breeders. This temperament makes them a favorite of many families who learn about them. Coupled with their smaller size, this often makes them a good choice for a children’s mount.

Most of these horses are hard to spook. This temperament quality can be beneficial to trail riders who never know when a wild animal may jump out in front of them. It can also make them wonderful to handle on the show circuit where other horse breeds, like the American Saddlebred, thoroughbreds and the Akhal-Teke, are much more excitable breeds.

These horses love to please people. This helps them to be a very versatile breed. Many breeders love to pull a wagon with their horse, go on a trail ride and later perform dressage at a show with the same animal. Breeders who love to participate in many different activities find that this makes the average price of a Canadian horse much more affordable. They do not have to own a separate horse for each activity they want to perform.

Keep in mind that the rarity of the Canadian horse breed drives up their price. Additionally, getting a well-trained quiet horse is going to raise the price.

Most of these horses are kept on farms or at horse breeders. This breed does exceptionally well in colder climates.

Many Canadian horses live in Quebec, although you can find them throughout Canada. You can also find them in the United States, especially in mountainous regions, like Kentucky and Colorado, where they are often cherished for their sure-footedness.

The horse’s diet consists of hay and horse feed. Many love to go outside, where they graze on grass and other green plants.

Compared to other breeds of the same size, these horses do not eat as much. Therefore, their food must be of high quality. Usually, early-cut hay is best because it has a higher leaf-to-stem ratio, so it is tastier. The hay should have very few seed heads, and the stems should be of a smaller diameter. Finally, the hay should have a soft texture when squeezed instead of feeling like you were squeezing sticks. Fiber is essential so that the horse’s intestines work correctly.

If you are going to get a Candian horse, you may also need to feed it horse feed. Since Canadian horses put on weight easily, you must choose a low-fat feed. Lysine, methionine and threonine are amino acids that the horse needs and cannot produce on its own. Therefore, they should be in the food. Most horses get all the protein that they need from grass and hay. If you are going to breed a Canadian horse, consider switching to a 16-to-18% protein feed shortly before the foal’s birth and while she is feeding it.

Most Canadian horses are kept in situations where they are protected from most predators. Mountain lions, wolves, coyotes and bears can kill horses. These animals have a robust fight-or-flight response.

The main threat to these horses is people. As cities expand, there is less room to keep them. Laws often make it illegal to possess horses within city limits.

Horse mares become sexually mature when they are about 12 months. They can have one foal per year until they are about 10 years old. Then, some can stay productive until about 20 while others will stop producing eggs.

Stallions become sexually mature at about 15 months. They can stay sexually active until they are about 20. Stallions are often bred naturally, but their semen can be frozen.

One of the problems faced by the Canadian Horse breed is the number of active horses and mares. There are only about 2,000 Canadian horses alive in the world. While the future is looking brighter, that number still means that many more need to be bred each year.

About 30% of those horses are geldings, so they cannot produce offspring. Of the remaining 1,400 animals, about 700 are mares. About 50% of those mares are in homes where the owner has no intention of breeding them. This reduces the number to about 350 mares being bred. Yet, the breed needs at least 500 foals yearly to maintain the breed long term. Additionally, only about 10 stallions are being bred, and many of these are getting older. Therefore, genetic issues may come into play.

How many Canadian horses are left?

There are about 2,000 Canadian horses left in the world. While this number still means that the breed is in trouble, the numbers are slowly rising. The breed nearly became extinct in the early 1900s when many horses were exported into the United States and crossed with other breeds.

Is a Canadian horse a Warmblood?

Yes, the Canada horse is very rare. There are only about 2,000 horses of this breed globally, with most of them living near Quebec.

How much does a Canadian horse weigh?

The Canada horse weighs about 1,000 pounds.