Chinchillas are native to the Andes Mountains, particularly Chile and Peru. They are smart, cute members of the rodent family with an extremely soft, plush coat of fur. Most chinchillas have gray fur, but they can also be black, white, tan or beige. Chinchillas are active, loving and make excellent pets for families that are ready to give them the attention they crave; in fact a chinchilla may become very attached to their family; however, they aren’t recommended for toddlers and young children that may unknowingly handle them roughly. Whether you are considering getting a chinchilla for a pet or you simply want to learn more about them, here is everything you’ll want to know about chinchillas.

Learn about the most interesting non-traditional pets here.

How Big is a Chinchilla?

The body of an average chinchilla grows to about 10 inches long, but they can range from 8 inches to 12 inches and their tail will typically be about 5 inches in length. A chinchilla that is fully grown typically weighs between 1 and 3 pounds. A healthy chinchilla with a large build should not weigh more than 3.3 pounds. Female chinchillas grow larger than male chinchillas.

The breeding age for chinchillas can begin when they are about eight months old. Mating takes place seasonally and based on the light cycle, for instance, mating season occurs from November thru May in the northern hemisphere. Female chinchillas generally have a long pregnancy with the length of gestation being about 110 days. Chinchilla babies, which are known as kits, are usually born in the morning. The litter size is usually small with only two babies; however, there may be as many as six in a litter. The babies are born covered in fur, with their eyes open and weighing about 2 ounces. Chinchilla babies are very active and they begin playing and running from the moment of birth. Mama chinchillas are extremely protective of their babies, but some fathers may be aggressive to the babies and may attempt to kill them. Chinchillas are strong enough to be moved to a new home after they are weaned, which is at 8 weeks.

What Do Chinchillas Eat?

As vegetarians, a chinchilla has a sensitive stomach, so they must eat a specific diet in order to maintain their health. Your pet chinchilla’s diet should include food pellets that are specifically made for chinchillas. Along with commercially made food pellets, they eat hay, which is important to their diet as well as helping to wear their growing teeth. A chinchilla loves to eat treats, but they should be limited, especially if they are high in sugar or fat, which can lead to digestive problems. Treats may include seeds, nuts, hibiscus leaves, dandelion leaves and dried fruit. Chinchillas should also have access to a salt block to help them get the essential minerals their body may be lacking. It’s also important for them to have access to plenty of fresh, clean water, such as through a water bottle. If your chinchilla’s fur begins to look wavy, it’s most likely caused by too much protein in their diet, but over time it will be restored back to normal if they eat a more healthy, balanced diet.

How Do Chinchillas Take a Bath?

Chinchillas are clean animals, but they do not take a bath in water, instead they take a dust bath. The dust bath helps to keep their fur soft and oil free. It’s best to provide necessary bath supplies for your chinchilla to take a bath twice a week. They prefer to take their baths in a bathhouse or bin that use specifically for cleaning only. A chinchilla should never be put in water for bathing, because the water will cause their thick fur to mat and the water will not absorb the oils.

What Kind of Habitat do Chinchillas Need?

A chinchilla’s cage should be chew proof and fairly large, a minimum of 16 inches high, 20 inches wide and have a depth of 16 inches. They need a lot of room to play and sleep in. They are active animals, so their habitat should include a large exercise wheel, tunnels and hide areas (hide houses). They are clean animals and they like their cage to be clean. Their bedding should be changed at least once a week, their toys, water bottle, food bowl, exercise wheel and hide areas should also be cleaned when the bedding is changed.

When do Chinchillas Sleep?

How Long Does a Chinchilla Live?

In the wild chinchillas have a lifespan of about 8-10 years; however, in captivity, with proper nutrition and care, the lifespan of a chinchilla is as much as 20 years. There are several reasons why chinchillas live longer in captivity than they do in the wild. One of the reasons they don’t live as long in the wild is because they are prey for bigger animals, such as foxes and wild cats. Unfortunately, one of the reasons why they don’t live long in the wild is because they are hunted for their fur, which is one of the main reasons they have become an endangered species.

Do Chinchillas Have Health Problems?

Chinchillas will live a long, happy and healthy life as long as they are fed a well-balanced diet, get lots of attention and have a clean habitat. However, like other animals, they may get sick. One of the first signs that your chinchilla isn’t feeling well is they will stop eating and begin to drastically lose weight.. One of the leading causes of death among chinchillas is refusing to eat. Chinchillas, like other rodents have teeth that do not stop growing and if they grow too large it makes it difficult for them to eat or may cause infection, which may lead to death. It is extremely important to routinely check their teeth or have your veterinarian examine the teeth and to ensure they have plenty of hay to chew on, which helps to grind their teeth down.

Chinchillas prefer cooler temperatures, so it’s important to prevent overheating. Your chinchilla will become quite attached to you over time, but in the beginning it’s important that you are gentle and consistent when holding them. When approaching your chinchilla, you should be slow-moving and calm until they become familiar with you. Chinchillas like many other animals will bite if they are scared or uncomfortable, because this is their way to communicate. However, they may also bite or nip when they are happy. In the process of training a chinchilla to not bite, it’s important to understand their temperament. This will help you understand when they are upset, don’t want to be held or are showing a happy emotion. A baby chinchilla may nip more than an adult and will occasionally bite, but they do not intentionally bite hard enough to draw blood. If biting becomes excessive, you can gently tap your chinchilla on the head and say “no”. They are loving pets and will continue to adapt to you as you will to them.

Click through all of our Chinchilla images in the gallery. 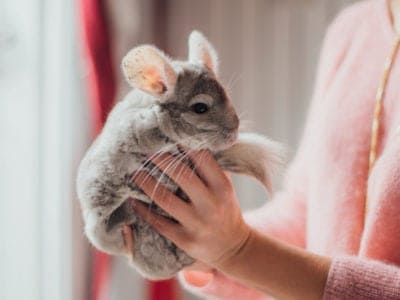 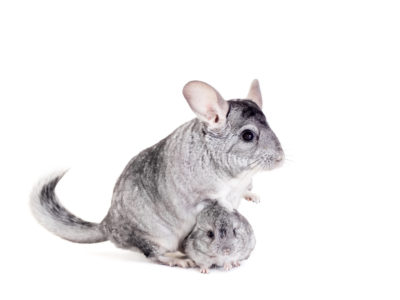 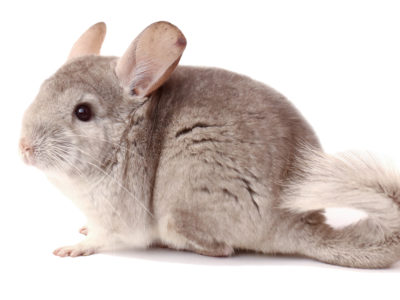 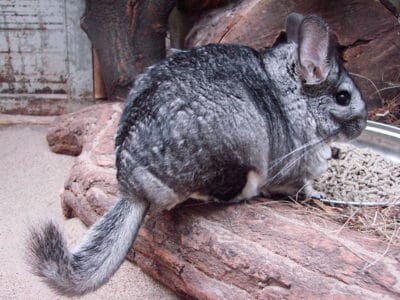 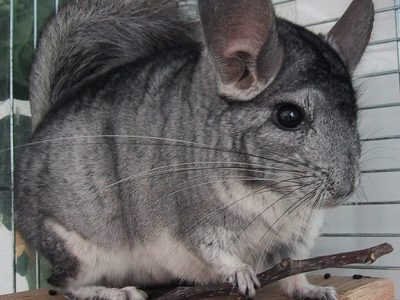 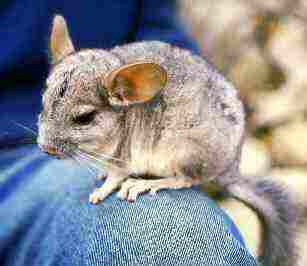 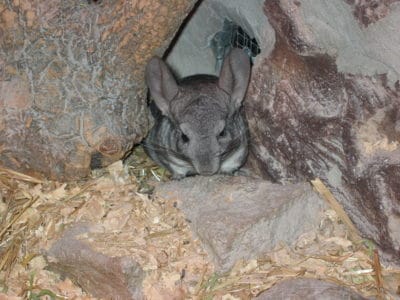 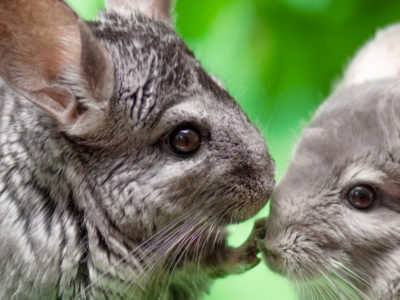 View all of the Chinchilla images!

Are Chinchillas herbivores, carnivores, or omnivores?

What Kingdom do Chinchillas belong to?

Chinchillas belong to the Kingdom Animalia.

What phylum do Chinchillas belong to?

Chinchillas belong to the phylum Chordata.

What class do Chinchillas belong to?

Chinchillas belong to the class Mammalia.

What family do Chinchillas belong to?

Chinchillas belong to the family Chinchillidae.

What order do Chinchillas belong to?

Chinchillas belong to the order Rodentia.

What genus do Chinchillas belong to?

Chinchillas belong to the genus Chinchilla.

What type of covering do Chinchillas have?

Chinchillas are covered in Fur.

In what type of habitat do Chinchillas live?

What do Chinchillas eat?

What are some predators of Chinchillas?

Predators of Chinchillas include owls, foxes, and cougars.

What are some distinguishing features of Chinchillas?

Chinchillas have dense fur and long back legs.

How many babies do Chinchillas have?

The average number of babies a Chinchilla has is 3.

What is an interesting fact about Chinchillas?

Chinchillas are natively found in the Andes Mountain range!

What is the scientific name for the Chinchilla?

What is the lifespan of a Chinchilla?

Chinchillas can live for 10 to 18 years.

How fast is a Chinchilla?

A Chinchilla can travel at speeds of up to 15 miles per hour.

How to say Chinchilla in ...