Click through all of our Cichlid images in the gallery. 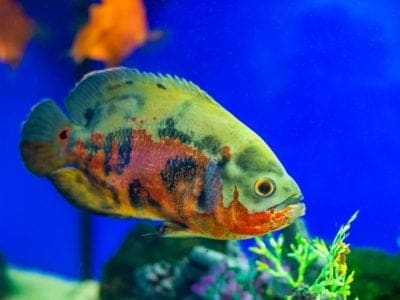 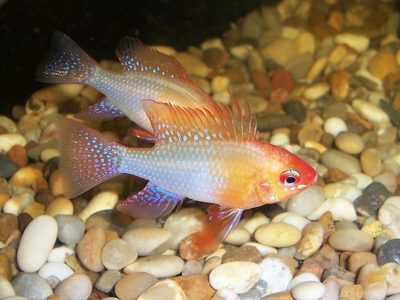 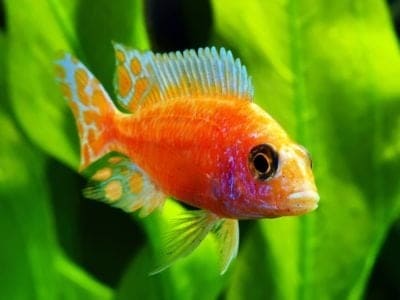 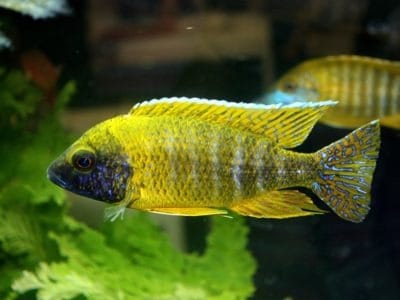 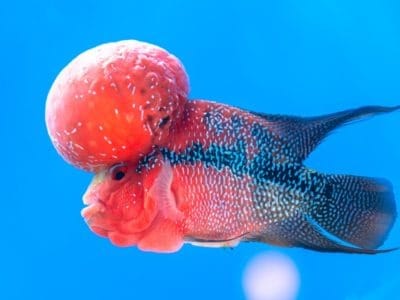 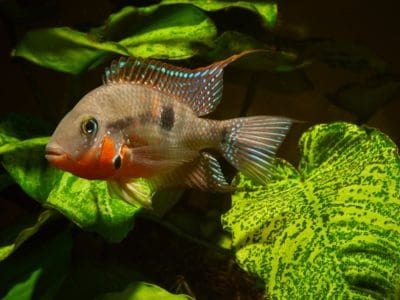 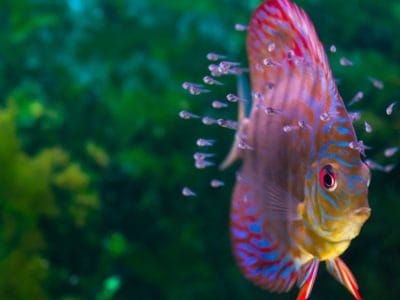 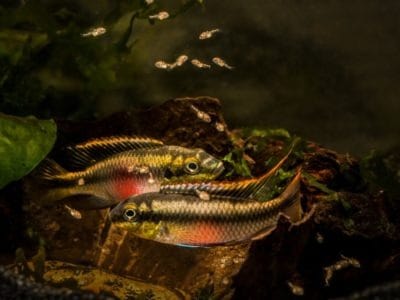 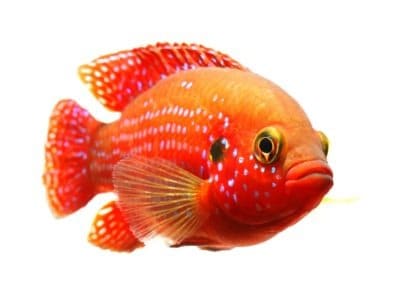 View all of the Cichlid images!

The cichlid is a unique type of ray-finned fish that exhibits so many different colors, body shapes, behaviors, and reproductive strategies that it is difficult to believe they are all members of the same taxonomical family.

Even though the cichlid fish is almost exclusively native to the tropics, their small size and bright colors make them a very popular type of aquarium fish around the world.

All species of these fish belong to the family of cichlidae. The name actually derives from the ancient Greek word for fish. The cichlids are part of the order Cichliformes (remember, families are lower classifications than orders, and genera are lower classifications than families). The only other family in this order (known as the convict blenny) contains just two species.

The exact number of species is unknown, but most taxonomists place the count somewhere between 1,000 and 2,000, the majority of which are African in origin. The lakes of Victoria, Malawi, and Tanganyika contain more than 500 species of cichlid fish alone. They are spread across the lower classifications of some 140 genera. Here are a few of the more popular and well-known species:

These fish has a massive distribution across most of the global south, including Central America, South America, Africa, and South Asia (absent East Asia and Australia). The United States only contains a single native species, the Rio Grande cichlid, but 44 species have been introduced, particularly into Florida.

Despite the immense diversity, almost all species of cichlids prefer warm low-elevation lakes and rivers at least 68 degrees Fahrenheit (20 degrees Celsius). While most species are exclusive to the freshwater bodies, some are endemic to brackish water (particularly in Asia and Madagascar), which contain a slight amount of salt. Brackish water usually occurs where rivers or lakes mix with saltwater bodies. Almost all species are specialized for a specific type of habitat, including rocks, coastlines, or open water.

Cichlids vary between fully herbivorous and fully carnivorous, depending on the species. This dietary strategy is almost always reflected in the fish’s physical characteristics. Many cichlids cruise through algae beds or the muddy floor and passively filter out small prey from the surrounding water such as zooplankton (tiny marine animals) and phytoplankton (small photosynthetic plant matter). Larger cichlid species consume hard-shelled mollusks by crushing the shell with their strong jaws or sucking the prey clean out.

A select few species will consume entire eggs or larvae of other cichlids. They have adapted the unique strategy of targeting a mother who keeps the eggs stored safely in her mouth. They will ram her repeatedly in an effort to make her release the eggs so it can gobble them up.

Besides members of its own kind, cichlids also face predation from humans and other types of fish. Overfishing, habitat change and invasive species have all posed dangers to the cichlids. The introduction of the Nile perch into some areas of its natural range has driven a few species to extinction. Many are listed as least concern though and don’t face any particular population pressures.

The cichlid exhibits all kinds of different mating strategies, from monogamy to pure promiscuity. There are generally two different methods of carrying the eggs. Most species are substrate spawners (a very common strategy among fish), in which the female lays a string of eggs and the male fertilizes them. Mouthbreeders, on the other hand, will carry the eggs in the mouth even until after they hatch. If danger is near, then the mother can signal to its young when to take refuge again in her mouth.

This fish is very unusual for a fish in the way that parents take a direct role in raising the young. Many species will carefully cultivate and maintain a nest to raise its eggs and then forage for plant matter and drop off food for the young. The cichlids tend to develop in three distinctive juvenile stages: the egg stage, the wriggler stage (hatched but not free-swimming), and the fry stage (free-swimming but still dependent on the parent). If they survive the juvenile phase, then cichlids appear to live around 10 years and sometimes up to 18 years in an aquarium setting.

Cichlid in Fishing and Cooking

Thee fish is a somewhat common cuisine within its native range. The Nile tilapia has been an important food source to Egyptians for thousands of years. Although rarely eaten inside of the United States, the cichlid is considered to be a healthy type of fish with low levels of mercury.

What is the pronunciation of 'cichlid'?

If you’re interested in the cichlid as an aquarium fish, then you should be aware that some species can be quite territorial. They are most aggressive toward other species that share a similar lifestyle and habitat. That is why it’s crucial to pick the right species for your aquarium.

Are cichlids hard to keep?

If you don’t know how to properly care for a cichlid, then you might have trouble keeping it in your tank. It is important to surround the cichlid with warm water at a high pH level and feed it with specialty food designed specifically for cichlids. You will also want a big tank with plenty of room and one or two filters. Sand is the best substrate for most cichlid species. Of course, the precise composition of your aquarium will depend on what type of cichlid you want to buy.

Can guppies live with cichlids?

Yes, but species choice is absolutely crucial. To ensure proper coexistence, you should preferably obtain the more docile dwarf cichlids and create plenty of hiding spaces for both fish to enjoy.

What size tank do cichlids need?

Are Cichlids herbivores, carnivores, or omnivores?

Cichlids are Omnivores, meaning they eat both plants and other animals.

What Kingdom do Cichlids belong to?

Cichlids belong to the Kingdom Animalia.

What phylum do Cichlids belong to?

Cichlids belong to the phylum Chordata.

What class do Cichlids belong to?

Cichlids belong to the class Actinopterygii.

What family do Cichlids belong to?

Cichlids belong to the family Cichlidae.

What order do Cichlids belong to?

Cichlids belong to the order Perciformes.

What type of covering do Cichlids have?

Cichlids are covered in Scales.

In what type of habitat do Cichlids live?

Cichlids live in lakes and rivers.

What are some predators of Cichlids?

Predators of Cichlids include humans and other fish.

What is the average clutch size of a Cichlid?

What is an interesting fact about Cichlids?

There are more than 2,000 known species of Cichlid!

What is the scientific name for the Cichlid?

The scientific name for the Cichlid is Cichlidae.

What is a distinguishing feature of the Cichlid?

What is the lifespan of a Cichlid?

What is the biggest threat to the Cichlid?

The biggest threat to the Cichlid is habitat changes.

What is the optimal pH for a Cichlid?

How many Cichlids are left in the world?

The population size of the Cichlid is unknown.

How do Cichlids have babies?