Click through all of our Fly images in the gallery. 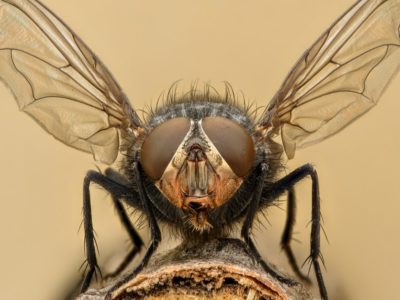 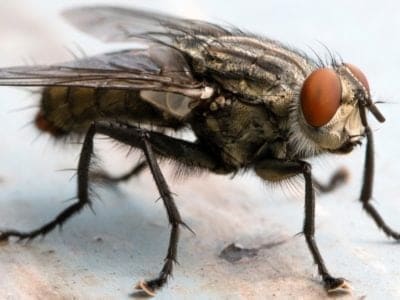 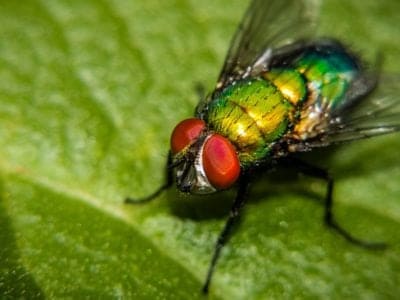 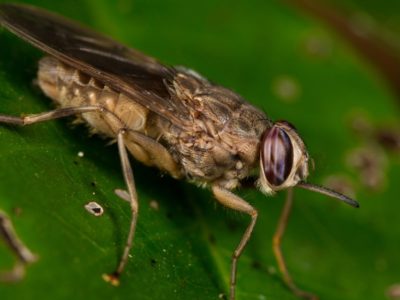 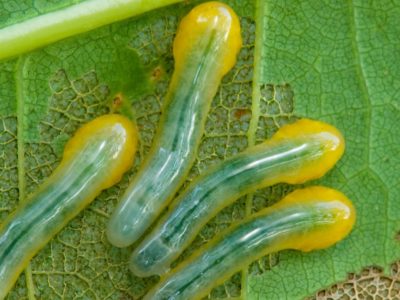 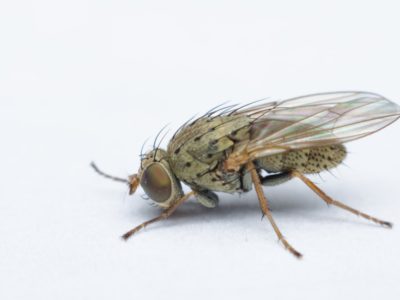 View all of the Fly images!

The fly is one of the most common and diverse groups of animals on the planet.

Although they so often share an antagonistic relationship with humans as an annoyance or a potential carrier of diseases, these insects also serve many important ecological roles. They are the second most common pollinators, behind only bees. They help to keep the environment free of decomposing animal flesh. And as a common subject of genetic research, they also help to advance the frontiers of human knowledge.

The scientific name for the fly order is Diptera (meaning two-winged in Greek). This order contains an astonishing amount of variety. More than 125,000 species have so far been described, but there could be up to a million species in total. House, horse, and blow flies are obvious examples, but what many people may not know is that even mosquitoes, midges, and gnats are members of the same order as well. Here is a list of the major groups:

Appearance: How to Identify the Fly

The order of Diptera comes in so many shapes and sizes that it is difficult to say anything precise about it, but the one trait that unites all of them together is the dual-wing structure. The first pair of wings are used for flight, while the second reduced pair is used primarily for balance and maneuverability. Other important features include two large compound eyes, claws or pads that enable them to stick on smooth surfaces, and complex mouthparts designed for some combination of sucking, lapping, and piercing. Most species in this order measure less than an inch long. The largest species is the South American fly, Gauromydas heros, which can measure up to 3 inches.

Habitat: Where to Find the Fly

These insects are found in almost every single ecosystem and habitat on the planet except for the Antarctic. They seem to pose the greatest danger to human health in certain warm and tropical regions.

Diet: What Do the Flies Eat?

These insects have adapted all kinds of feeding strategies. They can be herbivorous, carnivorous, scavengers, decomposers, and even parasites. Most species have evolved to consume decaying organic matter from fruits, vegetables, meat, and even feces. Mosquitoes, tsetse flies, and many other types survive by feeding on the blood of vertebrate animals, while other species feed directly on the flesh.

Prevention: How to Get Rid of Flies

The best way to prevent these insects in the first place is to eliminate all sources of decaying food matter (including both human and pet food) around the home. Proper food storage and regular cleaning are a necessity to maintaining a fly-free environment. If you want to get rid of the insects that have already entered your home, then you should invest in proper traps, electric insect zappers, and sprays. They also seem to have an aversion to strong herbs such as mint, lavender, and bay leaf. Keep your doors and windows closed as often as possible and try to eliminate or cover up any holes where they can get in.

View all 37 animals that start with F

Are Flies herbivores, carnivores, or omnivores?

Flies are Omnivores, meaning they eat both plants and other animals.

What Kingdom do Flies belong to?

Flies belong to the Kingdom Animalia.

What class do Flies belong to?

Flies belong to the class Insecta.

What phylum to Flies belong to?

Flies belong to the phylum Arthropoda.

What order do Flies belong to?

Flies belong to the order Diptera.

What type of covering do Flies have?

Flies are covered in hair.

Where do Flies live?

In what type of habitat do Flies live?

What do flies eat?

Flies can eat almost any kind of organic matter, particularly if it’s already begun decaying. But some fly species are specialized for consuming blood or animal flesh directly.