Click through all of our Glow Worm images in the gallery. 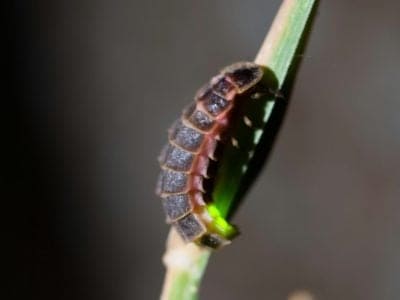 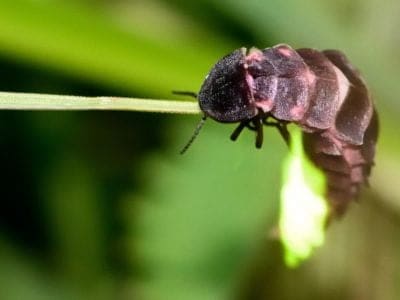 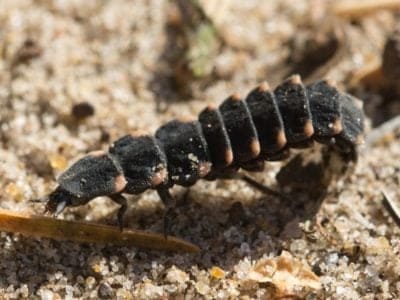 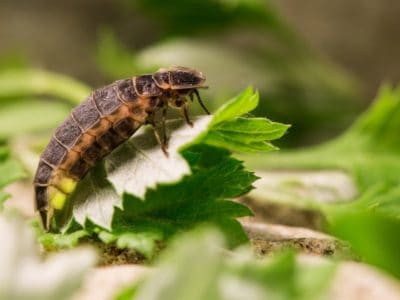 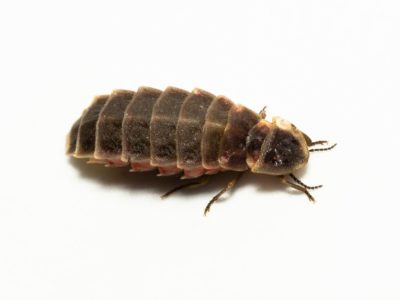 View all of the Glow Worm images!

Glow worms are a group of light-producing insects that emit a brilliant glow.

Many people appreciate their strange ethereal beauty, but there are a lot of misconceptions and confusion about what this insect actually is. For a start, the name itself is a huge misnomer. It is not really a worm at all. Instead, glow worm is kind of a catch-all term that describes a larva (which resembles a worm) with a glowing body. Adding to the confusion, several species of insects, including both larval and adult stages, are called glow worms as well.

The ability to produce light through entirely organic means is called bioluminescence. The glow usually serves the purpose of attracting a mate, capturing prey, or warning away predators. If you’ve spotted a glowing insect, then it’s almost certainly a species of beetle (though some gnats can produce light as well). This article will discuss many different types of glow worms, including both the larval and adult forms of some species.

As mentioned previously, glow worm is a somewhat confusing catch-all term. While several species of insects and/or larvae are called glow worms, it’s not really a scientific term and doesn’t neatly correspond to any taxonomical classification. Glow worm can refer to many different species, some of them only loosely or not at all related to each other. The only commonality between them is their bioluminescent ability.

Glow worms generally fall into two broad categories: they are either beetles or they’re fungus gnats. The glowing insects most people are familiar with, including the fireflies, true glow worms, and lightning bugs, are part of the beetle family called Lampyridae (though in fireflies, it’s mostly the larvae that are called glow worms). Another closely related family called Phengodidae also contains many species called glow worm beetles. The fungus gnats, by contrast, are completely different from the beetles. They’re more closely related to flies within the order of Diptera. From an evolutionary perspective, their bioluminescent adaption evolved separately from the beetles.

Appearance: How to Identify Glow Worms

These insects vary quite dramatically in size and appearance. Each type seems to have its own unusual quirks and strange facts. The bioluminescent glow is the common feature among them. This light can be emitted as a series of flashes or as a constant glow, and it ranges in color between green, yellow, orange, and blue. Bioluminescence is produced by a chemical reaction involving a light-emitting pigment. The nature of this chemical reaction varies from one group to another.

As mentioned previously, glow worm usually refers to the larval stage of a glowing insect. But there are entire species that have acquired the name of glow worm as well. The common European glow worm (a species of long, narrow beetles within the firefly family of Lampyrida) is one of the more well-known examples.

Unlike the closely related fireflies, only the female of this species is actually capable of producing light, at least after reaching their adult form. She is a type of larviforme, meaning she has retained many larval characteristics into adulthood and therefore lacks wings. When the mating season arrives around June and July, she will climb up on a plant and produce the bright glow continuously to attract one of the winged males. His large, photosensitive eyes can see the light from up to 50 yards away. The brightness is itself a sign of the number of eggs she’s carrying. Therefore, the male glow worms, who only measure about half her size, will try to mate with the brightest females.

Habitat: Where to Find Glow Worms

These insects are found in many different environments all over the world. Depending on the species, their habitat includes forests, grasslands, meadows, and even gardens. By contrast, the larval glow worms of the fungus gnats are mostly found in caves or rock cavities.

Diet: What Do Glow Worms Eat?

Most of these insects are actually carnivorous. Even the species that primarily use their bioluminescence for reproductive purposes tend to eat meat.

What eats the glow worm?

These insects provide a stable source of food for many different birds, mammals, reptiles, amphibians, spiders, and other insects. There are almost too many predators to even name.

What does the glow worm eat?

Many of these insects tend to be predatory in nature, and their means of feeding can be quite gruesome. Fungus gnats, as mentioned previously, use their bioluminescence to trap their prey in silky threads. Some also live up to their names by consuming fungi.

The larva of the common European glow worm, by contrast, has the ability to inject a toxic digestive fluid into its prey (usually slugs and snails). This fluid will gradually paralyze and liquefy its victim, so the larva can easily lap up the remains without a struggle. Because the prey is often multiple times larger than the actual larva, it provides quite a meal.

The larval beetle needs to be a voracious eater because once it reaches adulthood, it lives on the fat reserves and barely eats anything at all. Once it reproduces, it has effectively reached the end of its life cycle.

Glow Worms are Omnivores, meaning they eat both plants and other animals.

What Kingdom do Glow Worms belong to?

What phylum do Glow Worms belong to?

What class do Glow Worms belong to?

What family do Glow Worms belong to?

What order do Glow Worms belong to?

What type of covering do Glow Worms have?

Glow Worms are covered in Shells.

Where do Glow Worms live?

In what type of habitat do Glow Worms live?

What is the main prey for Glow Worms?

What are some predators of Glow Worms?

Predators of Glow Worms include spiders, birds, and centipedes.

How many babies do Glow Worms have?

The average number of babies a Glow Worm has is 75.

What is an interesting fact about Glow Worms?

Glow Worms are found to inhabit dense woodland and caves!

How many species of Glow Worm are there?

There are 12 species of Glow Worm.

What is a glow worm?

A glow worm can be defined as a larva (and sometimes an adult insect) with a bioluminescent glow. They fall into two broad categories: the beetles and the fungus gnats. Scientists believe that their bioluminescent ability evolved multiple times over millions of years, given the large differences in the organ that produces their glow. There are so many different facts about glow warms that it’s difficult to sum them up.

Glow worms do not pose any danger to people. Even the larvae that produce toxins only use them on their prey. They do not affect humans.

How many legs does the glow worm have?

Like all insects, the glow worm has six legs.

How do you identify glow worms?

All glow worms can be identified by the bioluminescent glow. Otherwise, they look almost identical to any other type of insect. Many of them have long, narrow bodies and wings that allow them to fly.

What do glow worms turn into?

Like any other type of insect, bioluminescent larvae obviously transform into their adult phase, at which point they may lose their ability to produce light or retain it for their entire lives. The species that use the light to capture prey are more likely to lose it as an adult, or it simply becomes a vestigial trait. Species that use the light for reproductive purposes or warnings will obviously keep it into adulthood.

Where do you find glow worms?

Glow worms are found all over the planet. Since many of them like to reside near gardens, hedgerows, grasslands, and similar habitats, they often live in close proximity to people.

Glow worms are consumed by all kinds of other animals, including birds, mammals, reptiles, amphibians, spiders, and other insects.

Are glow worms poisonous to humans?

No, glow worms are not poisonous to humans, but some species emit a toxic substance that immobilizes their prey.