No shark species has any bones in their bodies

Click through all of our Shark images in the gallery. 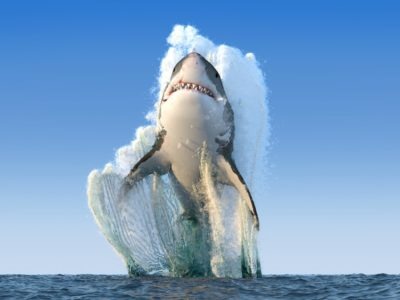 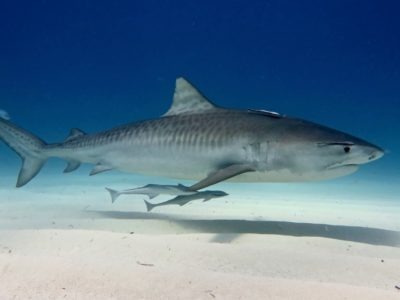 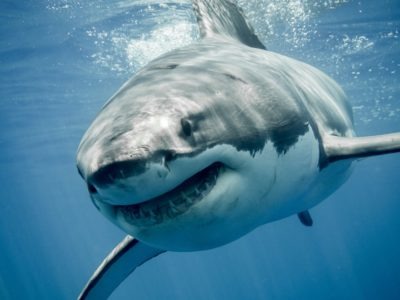 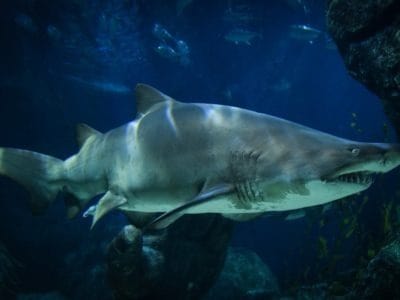 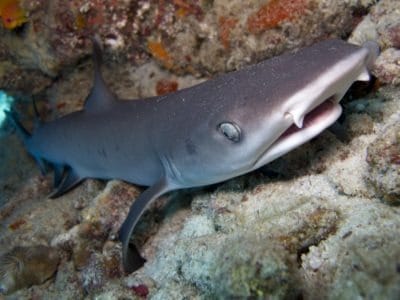 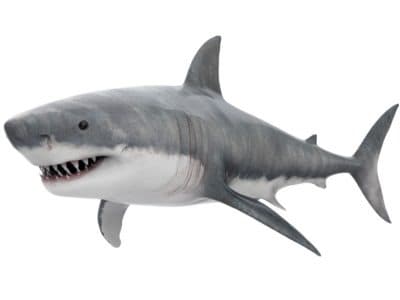 View all of the Shark images!

Sharks are known especially by a cartilaginous skeleton.

Sharks make up a family of elasmobranch fishes. They also have about five to seven slits at the side of their head for their gills. Their pectoral fins are not fused to their heads.

Experts believe that there are about 400 species that form about 14 to 30 shark families. Some of the common species include the salmon, tiger, great white, whale, and bull sharks.

These fishes go by the scientific name Selachimorpha. These fishes belong to the kingdom Animalia and phylum Chordata. Their class is on Chondrichthyes.

Selachimorpha comes from a combination of Ancient Greek words – sélakhos and the suffix -morpha. Sélakhos means “cartilaginous fish.” However, the word can be broken down even further to the root “sélas,” which means “light” or “glow.” These pre-Greek origins are likely due to the phosphorescent light that some of these sharks have.

Beneath the Selachimorpha superorder, there are 8 orders that are still alive, which include squatiniformes, pristiophoriformes, squaliformes, carcharhiniformes, lamniformes, orectolobiformes, heterodontiformes, and hexanchiformes. Four orders of these fishes have gone extinct, but there are still over 470 different species alive today.

Some of the most notable types of sharks include:

These fish have a cylindrical shape and have tapered edges. This body structure allows them to smoothly sail through deep waters in search of their prey. However, the length of their body and even their snout can be different from species to species.

Sharks are usually 5.8 to 7 meters long – which is at least 3 times the height of the average human. While the smallest species are less than 20 centimeters long, the largest one is about 12 meters. Sharks usually have a bodyweight of around 1500 to 4000 pounds. However, some can also weigh about 5500 pounds.

These fish are naturally colored to be able to camouflage and blend with their surroundings – typically to catch the prey easily. The dorsal side of their body is darker than the ventricle side. Therefore, when seen from above, the body of the shark would usually blend with the dark atmosphere of the ocean.

Sharks, along with their sister group of rays have, over millions of years, adapted to living in a wide range of habitats. While some of them live in shallow and coastal regions, others live in deep waters. Some others are further found in the open oceans or the ocean floors.

Even though these large fishes are found in several places around the world, they are mostly and most commonly found in the USA and Australia. There are only a few species (i.e., the bull shark and the river shark) that live in freshwater areas, but the highest number are found in the waters of New South Wales in Australia. They can also be found in the Indian Ocean, near Brazil, and even as local as North Carolina.

According to experts, there are more than 400 living species of these fish around the world – all of which are divided into 14 to 30 different shark families.

As big as these fish may be, most people believe that this fish has no natural predators, but they would be incorrect. Both killer whales and sperm whales will consume smaller shark breeds as their nourishment, but they consume their fair share of animals in the sea as well.

Sharks have no qualms consuming their relatives, as larger sharks will consume other species as well. All of them are carnivores, which means that they will only eat other animals as their nourishment. Most sharks enjoy a balanced diet of dolphins, seals, turtles, and even seagulls. They seek out other fish and sea mammals as well.

As stated above, these fish have the threat of other sharks coming after them as food. Apart from their own species, the amount of fat and protein that they offer make them ideal for the diet of an orca whale or a sperm whale. In fact, these orcas, also known as killer whales, are apex predators, and even the largest sharks cannot hunt them.

When mating, the males insert one of them into the female’s cloaca. During the insertion, the sperm is transferred from the male to the female. The sperm then fertilizes the egg inside the female.

Though the exact amount might vary by the species, this fish is famous for its long pregnancy, which lasts for an average of a year. However, some sharks have as little as a 5-month gestation period, while others may gestate for three long years.

The lifespan of sharks is about 20 to 30 years.

Shark in Fishing and Cooking

Most of these fishes are fished out for commercial purposes. They are cooked widely, especially in the United States. Due to their body weight, they are a good meat source for humans.

People love eating shark steaks which are prepared using a wide variety of spices and are later cooked in oil before being savored by several humans.

Where are sharks found?

While Sharks are found in several places around the world, they are most commonly found in the USA and Australia. There are several types of sharks including salmon sharks, tiger sharks, and bull sharks.

How many bones does a shark have?

Sharks do not have any bones at all.

Why do sharks attack humans?

Sharks usually attack humans when they are confused and/or curious about something.

What eats a shark?

Sharks are occasionally eaten by killer whales and sperm whales.

Is a shark a fish?

Yes, sharks are special types of fishes that have no bones in their bodies.

How fast can a shark swim?

The fastest sharks are known to swim at a speed of 25 to 35 mph.

Are Sharks herbivores, carnivores, or omnivores?

Sharks are Carnivores, meaning they eat other animals.

What Kingdom do Sharks belong to?

Sharks belong to the Kingdom Animalia.

What is an interesting fact about Sharks?

No Shark species has any bones in their bodies.